Nelliampathi in Kerala is a popular hill station 60 km away from Palakkad in Kerala. It is a 3 hour, 75 km trip away from Palakkad (Palghat) and, at 1600 mts above sea level, is surrounded by panoramic views of hills draped by plantations of tea, coffee, orange and cardamom. It is one among the best tourist spots in Kerala because of the excellent Kerala weather condition and tea and coffee plantations .The journey to Nelliampathi itself is an experience. The only route is from Nemmara, from where the first town of Nelliampathi,namely Kaikatty junction, is at a distance of 26 km. At the 9th kilometer is the Pothundi Dam, a small irrigation dam which provides water for the rice fields in the surrounding area. The dam is at the foot of the Nelliampathi hills. From here, the road winds up for the next 17 km, with many hairpin turns on the way. On the way, one can see wild animals like monkey, deer and porcupine. The view of the Pothundy dam from the height is a breathtaking sight.

Nelliampathi is a popular Kerala hill station with excellent trekking trails. On Nellikotta and the other peaks grow huge great teak trees value for their wood. Nelliyampathy hills comprise a chain of ridges cut off from one another by valleys of dense evergreen forests and orange plantations. The height of the hills ranges from 467 mts to the tallest peak Padagiri looming at 1572 mts. Accessing Nelliyampathy from Palakkad (Palghat) is a sensation on its own, as one negotiates over a dozen hairpin curves on the ghat road passing through the fascinating jungles of the Sahya Ranges.

Nelliampathy is a charming hill station with picturesque mountains, valleys, mist and rain, pockets of gooseberry trees, tea, coffee, cardamom and orange plantations. Labeled during the Earth Conference at Rio in 1999 as one of the 17 hotspots in the world for its biodiversity, Nelliampathy is an absolute haven for nature lovers. Locally known as ‘poor man’s Ooty’, Nelliyampathy also offers immense opportunities for trekking. Once owned by the Maharajas of Kollengode and Kochi, Nelliampathy is now a part of the Nenmara Forest Division. Apart from scenic beauty, Nelliampaty also boasts largest population of fauna. According to a survey, nearly 215 species of birds and 90 species of butterflies have been found in this region. Some of the species of birds at Nelliampaty are Grey-breasted Laughing Thrush, Woodpecker, Oriental Broad-billed Roller, Nilgiri Flycatcher, Broad-tailed Grass bird, Nilgiri Pipit etc. The hill station is also known for the Malabar hornbill and the rust coloured Malabar squirrel. The dense jungle is packed with primates including Lion-tailed Macaque, Bonnet Macaque, Nilgiri Langure etc. A small population of Nilgiri Tahr is also seen in the grassy peaks. Nelliampaty I is a famous Kerala destination. 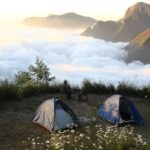 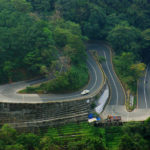 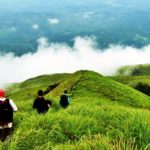 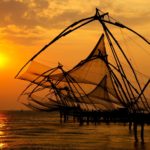 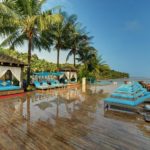 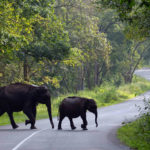 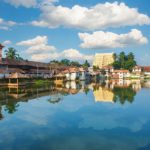 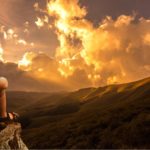 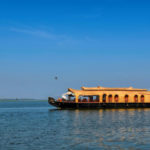 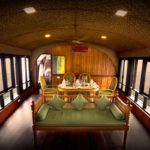